Google is considering adapting a new format to make its search results more users friendly. This is evident from its tests of allowing businesses to post directly to search results with animated GIF’s. This feature will enable any brand, celebrity or organization to have dedicated feed just like Twitter that will be directly integrated into the company’s search engine. The concept which is being referred to as the “Local Business Cards” is being initially tested on a few dozen local businesses that the company has approached. The experiment is known to feature only custom content rather than the one derived from Google My Business or other sources. 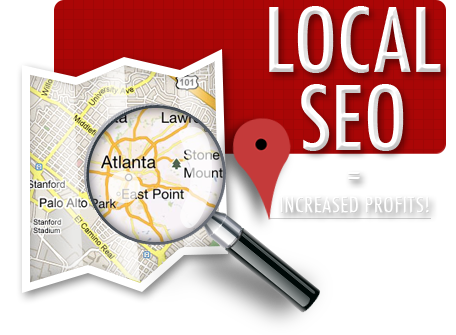 The phenomenon which will be featuring animated GIF’s in search results for the first time ever, was developed keeping the mobile users in mind. It was first noticed by Mike Blumenthal and later confirmed by the technology giant as an actual ongoing experiment. The experiment will also help to create new advertising products besides generating more dynamic search results. The “Business Cards” are created in accordance with the same display functionality as used for “Candidate Cards”, a concept that was introduced only a few weeks back.

How Google Post is Going to Kill Local SEO?

It is being speculated that this latest concept might have a significant influence on local SEO. Reportedly Columnist Andrew Shotland has suggested that this implementing this idea will put any non-local business website at the mercy of the Local Business Cards. According to him the business that are most likely to be effected in this manner include local SEO for local business directories, e-commerce sites, service area businesses, content sites and any other sites that cannot produce this specific type of content. At the same time the columnist has also suggested that this experiment if and when implemented on a broader scale might prove beneficial for not only the company itself but businesses who know how to exploit an innovative technology for their growth.

Given the above facts, it is quite understandable that the concept will provide tremendous opportunities for both big and small local marketers. However, the only thing that remains to be seen is whether or not Google manages to turn the experiment into a real thing. Unless that is done, speculating on the outcomes and the influences will not prove beneficial for anyone. However, if the concept is actually implemented, it might open up a whole new world of opportunities for SEO professionals as well as online agencies as they will be able to guarantee a presence in search results with regular updates and optimization.

What To Do If You Are Losing Organic Traffic To Google SERP Features?

https://thoidaingaynay.com/ - Google Confirms The Status of AMP As A Non Search Ranking Signal For Now

Some genuinely superb content on this web site, thаnks for contribution.

https://thoidaingaynay.com/ - Google Confirms The Status of AMP As A Non Search Ranking Signal For Now

Hi, this is a comment. To get started with moderating, editing, and deleting comments, please visit the Comments screen in the dashboard. Commenter avatars come from Gravatar.